A few years ago, Will and I went on a trip around New England. This was basically my spooky, Gilmore Girls dream come true. On the top of my list for this trip (other than going to a Trader Joe’s every other day and taking pictures of every pumpkin spiced product I saw) was trying an apple cider donut! I’m basic like that, ok? And yeah, I did have a PSL every time I saw one on the menu.

During our trip, we stayed in an airbnb above a general store in Vermont. It honestly was so picture perfect, it looked fake. The stoop was covered in pumpkins, there was a wood covered bridge opposite, I basically spent the whole trip just going ‘LOOK AT IT THIS! UGH! JUST LOOK AT IT’. On the last day in our airbnb, I asked Will to run back into the general store before we drove off to grab an apple cider donut for me. I had seen a sign for them earlier and thought it would such a nice way to end the trip. When he brought it back it was.. ok? Kind of dry? I was pretty disappointed and said one day I would make own, so here we are! (Will later admitted he saw the owner pull a frozen one out and quickly reheat it in the microwave, but he didn’t want to ruin my spooky Vermont vibe so waited awhile to tell me. Thank you Will.)

What is apple cider?

Apple cider in the US and the UK are pretty different. The UK version is alcoholic, while in the US it is an unfiltered, non-alcoholic drink. For UK people, just think of mulling spices and then add apples, that’s basically it!

Seeing as you can’t find American apple cider here in the UK, I ended up having to make my own! If you have a slow cooker it is definitely worth it, and makes your home smell incredible. If you don’t want to make your own you can get a very similar result with cloudy apple juice and adding spices like cinnamon, nutmeg, and allspice. If you’re keen on a homemade apple cider recipe, leave a comment and I’ll work on writing up that recipe! If you still want a kick to it, you can add bourbon to it too.. JUST SAYIN’.

I know not everyone wants to fry burning hot oil and bake donuts that way, which is why I went with the baked route this time. While I personally love frying donuts (except for the lingering oil smell in your home and your hair will never feel clean again), they do go stale a heck of a lot quicker than if you bake them. It also means you have no resting time since there isn’t any yeast, and the batter is super quick to come together! The only prep work you need to do is make cider (unless you have some at home or just want to use cloudy apple juice) and then boil it down. This will give you a much more concentrated, apple-y (that’s a word, ok?) flavour.

This is the tray that I used for my donuts. Be sure to grease it really well as I find my donuts do stick a bit to it! The easiest way to get your batter into the tray is to use a piping bag or a ziplock bag with one corner cut off. I pipe each ring about ⅔ of the way, and then I use the back of a spoon to get an even surface.

Once you’ve baked your donuts, you’ll need to brush them with a mixture of apple cider and melted butter, and then cover in a spice mix with sugar to get that amazing coating! I recommend using a pastry brush for the cider/butter, and not dunking them. The donuts are porous so if you dunk it, it’ll break apart really quickly! You want the donuts to still be warm when you do this or the sugar mixture won’t stick that easily. For the sugar mixture, I use a mixture of brown sugar and granulated sugar, as well as a whole of spices to try to mimic that apple pie taste! 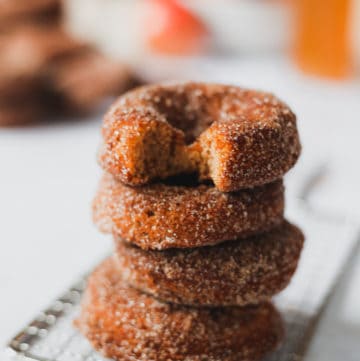 Tried this recipe?Let me know how it was!
« Spiced Zucchini Loaf with Cream Cheese Frosting
S’mores Pop Tarts with a Marshmallow Glaze » 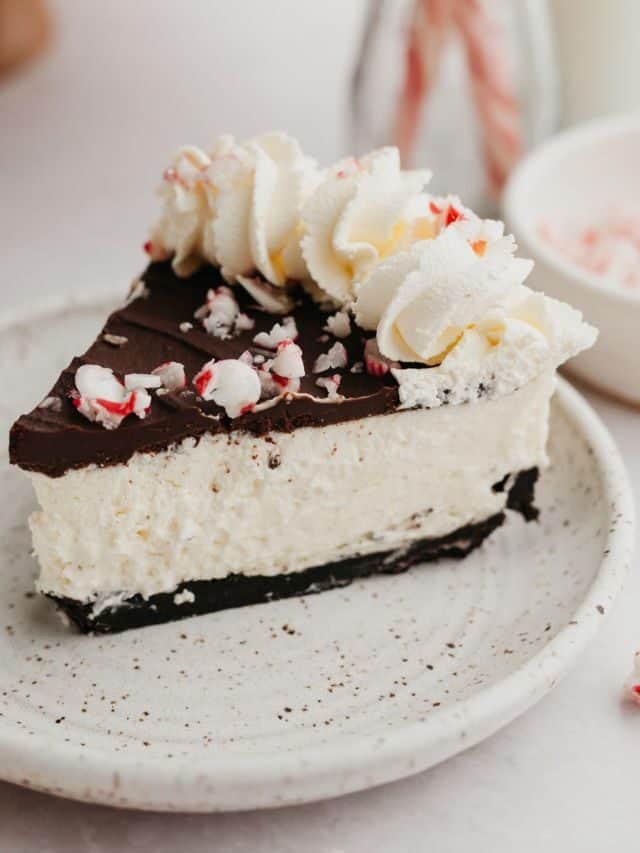 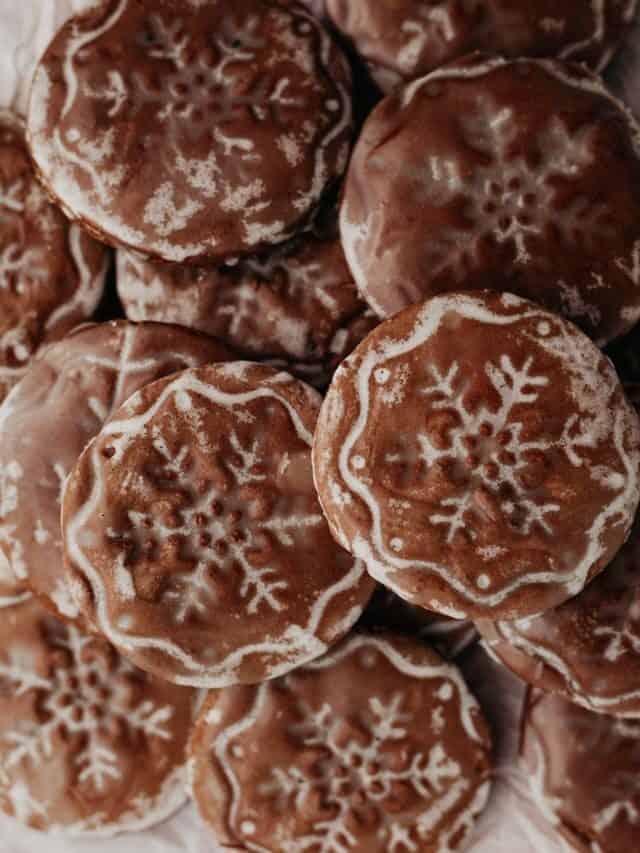 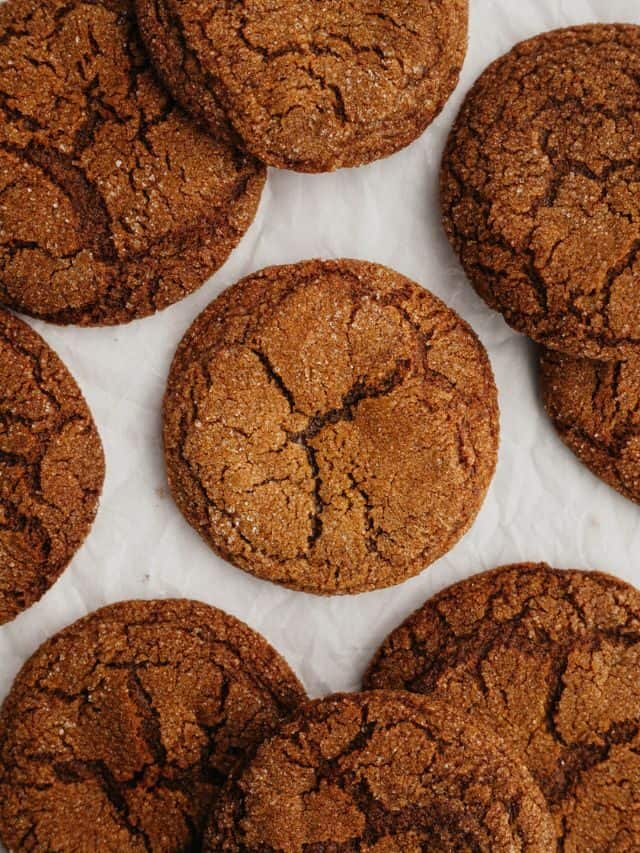 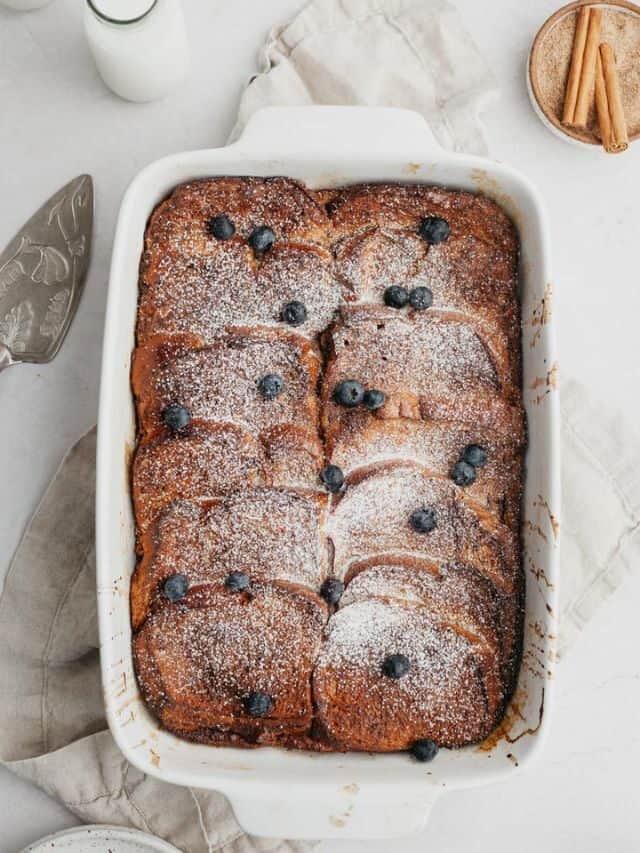 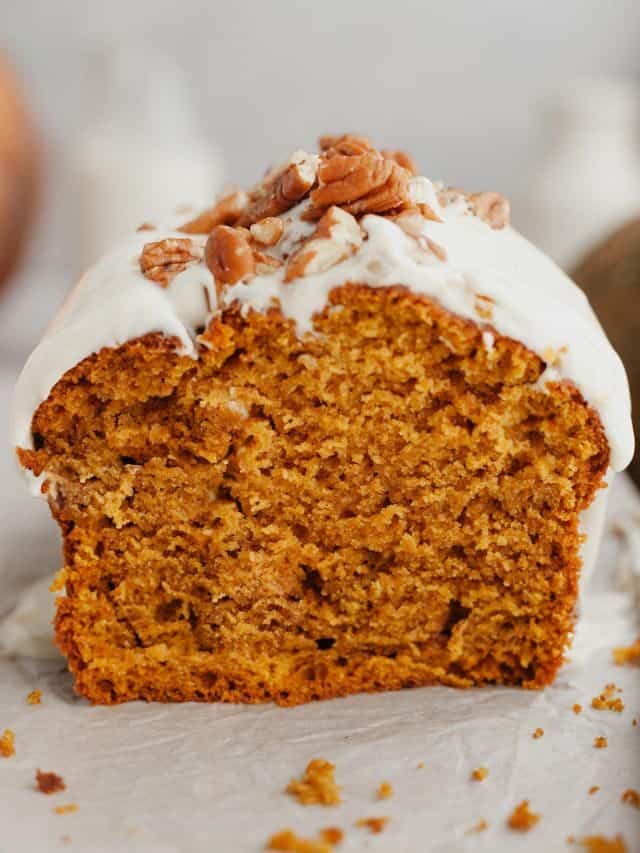